Back to Karate and Hoitsugan Dojo I felt more comfortable and able to pay my dues at the dojos I trained in, leaving a few yen for some meals.

I usually had my meals at Chinese restaurants which were much cheaper.

In the good days when I was invited I would take the opportunity to fill my stomach.

I also remember an Hoitsugan student who was my kohai – Ishi san and an owner of the butchery shop in front of Honbu Dojo who sometimes gave me a steak. It was like a party during the two following days. And this was how I survived!

I must say that the training brought me closer to some training companions and instructors, especially those who frequented the Hoitsugan, with whom I developed great relationships. I was regularly invited to dinner at the restaurants near the Dojo where we spent hours talking, helping me to understand Karate better. Often, back late to the Dojo we would make a brief training, usually kumite, and end up in the sauna.

As times went by, I internalized the routines, combining training at Hoitsugan and JKA, with (short) rest periods and my arúbáito in Akabane.

And so, naturally, the results started to show up.

One day after morning practice, Nakayama Sensei informed me that I was going to take sho-dan. It was May 25, 1973. I finally achieved my sho-dan, with a very special meaning.

I achieved it in the heart of Shotokan Karate and under the criteria of the most senior senseis at JKA.

I remember the day after my sho-dan examination, Nakayama Sensei in the morning class gave me his congratulations and told me not to buy the black belt since he would offer it to me – a Hoitsugan black belt (I still keep it religiously), I was the happiest i could be. Meantime I had to continue using the brown belt.

And in these cases the best thing we have to do is – just obey.

This situation repeated once again, I didn’t know why. I couldn’t understand! They all knew that I have passed to black belt. Why did they do that to me?

I have been waiting 7 years for that black belt and now that I had graded and passed they didn’t recognize me as such!

Every day in the Hoitsugan morning training sessions when Sensei Nakayama entered the Dojo I looked to His hands hoping for my black belt!… but nothing!

After four months I had almost forgotten the black belt and no longer looked towards Sensei Nakayama’s hands. One day He entered directly into the office and called me… finally He had a black belt on His hands.

He called me to the office, asked me to take off the brown belt, and He personally put the black belt around my waist!

One more lesson that I received from Sensei Nakayama – DO NOT BE IN A HURRY!

This was the routine of my days in Japan.

Of course had very important moments in the competitions in which I participated. For example, several international championships representing Portugal. In one of these I was invited by Kanazawa sensei to present a jiyu-ippon-kumite demonstration at the famouse Budokan.

I also participated in other national and regional championships, in which I had the honor of representing the Hoitsugan Dojo.

I remember that in an inter-style championship of the Tokyo region I got first place in individual kumite also representing the Hoitsugan Dojo.

Certainly a lot remains to be said during my stay in Japan and at Hoitsugan Dojo as those who, inevitably, were part of my private and personal life.

Regard to training at Hoitsugan and JKA, it is true that there were substantially different. However, I must say that they complemented each other harmoniously, constituting a solid and determining basis for my training and understanding of Karate.

Back to Portugal, I resumed my duties as Chief Instructor of the national association – ASKP Associação Shotokan Karate Portugal that has as Honbu a new Dojo – Hoitsugan de Portugal. I must clarify that it was with the personally express permission of Sensei Nakayama that I used and continue to use the name Hoitsugan.

I resumed more regular contacts with sensei Enoeda, holding of seminars in Portugal under the guidance of that sensei and, annually in international seminars in England – Summer courses at Crystal Palace, where I graduated 4th Dan on 06.05.1984 and 5th dan on 06.15.1992.

I was the founder and National Coache of the first official national Federation – FPKDA, recognized by the portuguese government, by the National Olympic Committee and as member of the EKU – European Karate Union and by the WUKO – World Union of Karate Organization.

Unfortunately most of the organizations are too much concentrated with sport competition. This way grew the idea that Karate is just a sport and that it is far from the truth. I remember Sensei Nakayama saying that some instructors had misunderstood the purpose of the competition that he created. The competition is basically an opportunity to compare our progress with the other karateka. It is a measurement evaluation.

There are competitors that only train for the competition forgetting the basic and fundamental training.

Displeased with the path towards which federative Karate was being led, I abandoned my role as national coach.

In 1989, I left Lisbon City and I steered to my parent’s land, an old village on the North of Portugal and founded one new association – HKP-Hoitsugan Karate Portugal.

Through this association, I continued to provide technical support to associated Dojos at various points throughout Portugal.

I had already visited the five continents and the largest cities around the world but I sincerely got tired of that. Today, 33 years later I am very happy for having opted for the peacefulness of the countryside.

This isolation it gives me time to think about Karate. Now I have a better idea about how important “concentration” is.

After Sensei Nakayama’s death I felt like a son who lost his father. My connection to sensei Enoeda was just an institutional connection between two organisations.

My connection with Karate and especially with Sensei Nakayama was much more than that.

After his death as we all know, several movements of the most senior senseis from the JKA happened in the sense to create new organizations. And my option was sensei Abe, still a long time before the creation of JSKA.

I first met Abe sensei at JKA Honbu in 1972 and I must say that he was one of the instructors who punished me more in those “conversations” before the classes. He was a very distant person of few words. I don’t know if some time he got to look to my face when we made kumite. His glance didn’t land on the opponent’s face… It overstepped him!

When he came the first time to Portugal after I returned from Japan he was very different. Very hard and demanding during the trainings but after the training he did not seem like the same person.

Sensei Abe was possessor of knowledge and a personality that is a result of his family culture. Besides his Japanese nationality that is originating from a lineage of samurai, he is intrinsically a Budo-man.

My choice to join Sensei Abe stems from the fact that he has been very close to Sensei Nakayama especially in the last 10 years of his life.

A great part of this debt of gratitude goes to Master Nakayama, senseis Abe and Kanazawa. I cannot forget all the other sensei’s whose lives I have shared along my career.

I also want to manifest again my deep recognition to sensei Satoshi Miyazaki for the enormous help that he gave to me in Belgium when in 1972 on my trip to Japan.

And finally let me thank all those who trained by my side helping along these 54 years of Karate practice with sweat, blood and tears. 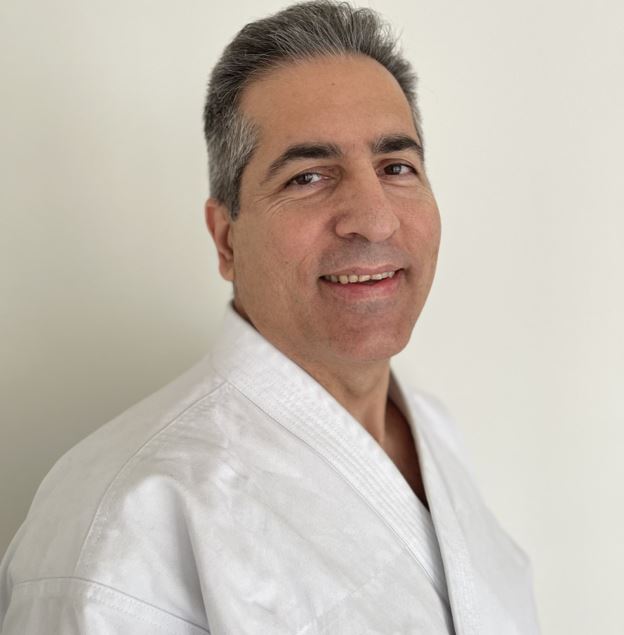 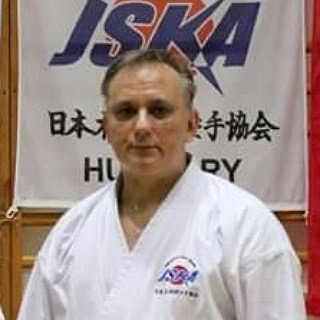