In April, the cherry trees (Sakura) suddenly start blooming by the side of the roads or throughout the parks, turning the whole area into a sea of pink. The sight of these trees, which have been patiently building up their strength for a year, is pure beauty, delicate and noble, and a message to the people that spring has finally arrived. However, these beautiful blossoms will fall in just one short week. Whenever the wind blows, the falling Sakura petals dance across the blue spring sky like a snowstorm, graceful and ephemeral.  The beautiful and short life of the Sakura blossoms, surrendering themselves to the embrace of nature, resonates deeply in the heart of the Japanese.

Fukuoka is situated 1000 km southwest from Tokyo, a one and a half hour flight, and is the political, business and cultural centre of Kyushu Island. When the Shinkansen, the bullet train, connected Tokyo to Fukuoka in 1975, its population exceeded one million. This brought about an urgent need to improve the infrastructure of the rapidly expanding city. A part of the improvements included a road extension running from the city centre to a residential area in the south of the city. This move prompted the removal of nine 50-year-old Sakura trees in Hibaru Town, which were blocking the route of the proposed extension. On March 10, 1984 the first Sakura tree was cut down.  Early the following morning pieces of white paper were found tied to the rest of the Sakura trees but it was not known who was responsible. The papers tied to the trees began with, “Dear Mayor Shinto,” and this was followed by a traditional Japanese Tanka poem, scribbled there with a black marker pen.

*One Shun was the ancient measurement of 10 days

Tatsuo Kawai, president of Kyushu Electric Power Company, who lived nearby, discovered these notes whilst on his daily jog and spoke to Junji Oshima, his public relations officer. Oshima then introduced the story to his friend Toshio Matsunaga, a local newspaper reporter. Matsunaga posted a photo article about this in that day’s evening edition of the newspaper, prompting many citizens to visit the Sakura trees, and the poetry slips tied to the trees attracted a lot of attention. One of the slips of poetry was written by someone named Kazuma and read as follows:

“What a beautiful Yamato* mind to empathize with the life of the Sakura, The soul of the flowers will be forever fragrant in our minds”- Kazuma

This was what Kazuma Shinto, the mayor of Fukuoka, replied to the unknown poet following a traditional Japanese custom of returning a poem to poem. Shinto later said: “I was greatly impressed by the feelings of the citizen who appealed for the last flowering of the old Sakura trees, which were then in bud. This is the Japanese mind where people have respect and live in harmony with nature. However, personal sympathy and the public administration are different. The Sakura trees may be cut down but at least I wanted to say I certainly share this unknown person’s feelings”

Seiji Ishiii, the chief of the road planning section of Fukuoka City Office at that time, received a report about the situation in Hibaru from a contractor and ordered him to hold off cutting down the trees to allow time to find a good solution. One day, Mayor Shinto visited Ishii. Ishii thought he was going to be asked about why the progress of the road construction had stopped. On the task sheet given to him, he was to report that the construction would be completed by the deadline; however, the mayor’s response was surprising, “Isn’t it possible to save the Sakura somehow?”

The road was to be detoured and the Sakura trees of Hibaru were saved.

Kazuma Shinto resigned from his post as mayor two years later due to bad health and he died at the age of 88 in 1992.

He was born in 1904 as the fourth son of Kiheita Shinto, a Samurai of the Fukuoka clan. In 1929, when he was 25 years old, he became secretary to Seigo Nakano, a member of parliament who came from same home town as him.

In 1943, Nakano commited Harakiri suicide to protest against a suspected national rebellion by the War Cabinet at that time. The suicide by Harakiri executed by a member of parliament very popular as a nationalist was a shocking incident all over Japan. After that, Kazuma Shinto became the 10th representative of “Genyosha”, a group which had a history of supporting many Asian revolutionaries fighting for the independence of Asian countries and was regarded as a radical nationalist group by Western countries. After WW2, he was arrested and imprisoned by the Supreme Commander for the Allied Powers as one of leaders who led the war and was deprived of civil rights for a long time, however, after Japan’s restoration of sovereignty was recognized under the San Francisco Treaty, he was elected as a member of parliament from 1958, and from 1972 he returned to his hometown of Fukuoka and served as the Mayor of Fukuoka for 14 years. He has long been loved by the citizens for his strong leadership and also his ability to understand the more sensitive side of his people’s feelings.

Seven to eight years after the incident, it was found out that the first poet who tied the notes to the Sakura trees was Yoshikazu Doi, a 56-year-old, who was working at a local bank at that time. After Doi found the first Sakura tree cut down on his way back to home, he spent the night writing out the message with a marker pen on pieces of paper and silently slipped out from his house before dawn to tie them to the trees with string, as he feared the trees may be cut down in the next day. According to a later story, he had never studied Tanka poetry and he didn’t intend to write a Tanka poem,  he just wrote what he felt from his heart

No trees were cut down the following day. Instead, the following poem by Taeko Seto, a housewife, was found tied to one of the trees.

“I know you begged for the flower’s life, I, myself, decided to follow you.“

Monday came, and then Tuesday … Doi passed by the Sakura trees anxiously every day. Curiously, the trees were not cut down, even after a week. Meanwhile, they became filled with handwritten slips from many unknown poets. There was no protest or demonstration, no large numbers of people screaming, no raising of placards, and no one knew who was involved in this beautiful story either.

Today these same Sakura trees in Hibaru are more than 100 years old, and still every spring, they burst into full bloom to give joy to the people. The number of Sakura trees has increased, and it has become a park. A stone monument quietly sits beside the trees, and Shinto’s Tanka poem is engraved alongside the poem written by Doi.

In April, the cherry trees (Sakura) suddenly start blooming by the side of the roads or throughout the parks, turning the whole area into a sea of pink. The sight … 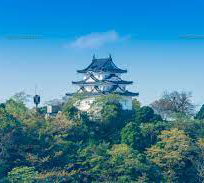 Uwajima is an old, historical city in Shikoku Island. It is famous for the Uwajima castle of Lord Date and Bullfighting tradition. In Uwajima, you can find a very nice … 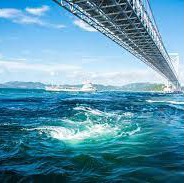 We present to you Awajishima, an island famous for its wold-renowned, delicious onions and magnificent whirlpools in Naruto strait. French Michelin star chef visited the island and tried its juicy … 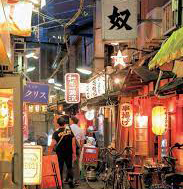 If you want to enjoy daily life in Japan, Sangenjaya is highly recommended! This cute town is only 5 minutes and 1 station away from Shibuya. It is one of …

“Kare- raisu” (Curry with Rice) is a Japanese national food. It was introduced to Japan by the English navy who visited Japan in the early Meiji period after the end …